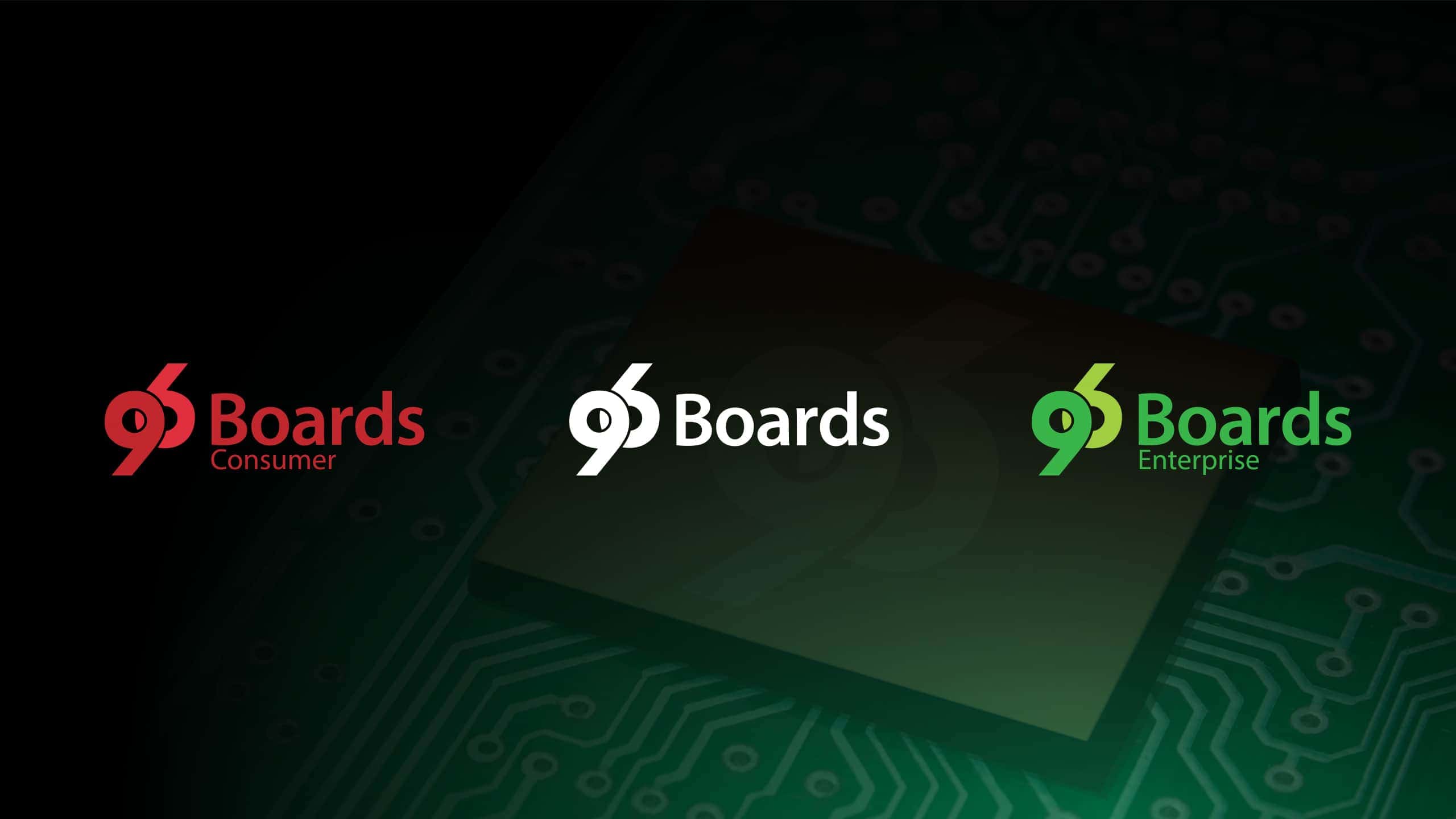 To control a standard servo motor we need to be able to generate a stable PWM signal of certain characteristics. For servo motor control this typically means a 5V digital square signal pulsing every 20ms with a variable puls e duration of 0.5ms to...

and then the image file was not loaded when the device is started.

Please let me know what we did wrong and how do I figure out it.
Thanks.

(btw, I saw this topic too before the steps I did
Installing xemomai on 410c
)

I would like to help but I am a little bit confused with the sequence of steps that you are taking.

Maybe you could collect them all in a script-like form and share them?

The basic idea is to boot your db410c with a not too recent Ubuntu/Debian release and then replace the kernel and install the Xenomai libraries.

Do you know how to replace a kernel in a Ubuntu/Debian release for a vanilla kernel? That should be your first step, ie, making sure you know how to do this standard operation.

Once you have the I-pipe enabled kernel you should boot it to make sure I-pipe is not introducing a regression. If it is all good - the system boots- then you have to patch the kernel again this time with Xenomai (ie prepare-kernel.sh script_

==> So to be very clear: the I-pipe enabled tree MUST be patched with the Xenomai domain (hence the prepare-kernel.sh).

After that you would just boot it and install the Xenomai libaries as per the documentation.

So if you could help me understand where are you getting stuck I should be able to help.

Hi Idts.
First of all thanks for the detailed response. I’m a friend of NewZephyr and we are working together on some project that involves the Xenomai and Dragonboard 410c.
Actually we’ve managed right now to replace the previous kernel that was delviered with debian installation (4.4.23) with the i-pipe patched one after following your steps and the stpes mentioned here for customizing a kernel: https://builds.96boards.org/releases/dragonboard410c/linaro/debian/latest/

What we did was:

The result we’ve got is a 4.0.0 i-pipe kernel on the board. Now we try to understand a few things:

If you are booting the kernel - which I dont know since you didnt send traces- and installed the libraries - I didn’t see that part in the summary that you posted either- then you have a Xenomai enabled (Cobalt) system.

You should then run the latency tests, check current benchmarks and if necessary do some troubleshooting.
The documentation in Xenomai.org is quite detailed so please have a look there as well as on the xenomai mailing list.

Xenomai now can run a 4.4 kernel and there is work in the process of a new and simpler co-kernel architecture which will be able to follow upstream. But in the meantime, ff you need a newer kernels l I am afraid you will have to do the work

I don’t sure what do you mean by saying “booting the kernel”, but I’ll try to clarify where do we stand right now.
We’ve patched the downloaded kernel that already includes ipipe (step 1 above) with Xenomai, and managed to customize the kernel on the dragonboard, so when I run “uname -r” from the board I get something like “kernel 4.0.0 i-pipe” (don’t sure if that’s the exact message but pretty close to it), so I guess we are booting the right kernel.
Maybe I miss something, but what libraries exactly are you talking about?
Relying on Xenomai.org is a little bit hard as the whole process of installation on dragonboard is different and not documented out there.

About the kernel version, I see that the last kernel that supports ipipe on arm64 architecture is 4.1.18 and not 4.4. Am I looking at the wrong place?

Looked again here http://www.96boards.org/blog/servo-motor-control/
I saw the “Installing the Xenomai libraries and demos” . It looks compatible with the HiKey but not with DB410c.
Does commands like “$ make ARCH=arm64 CROSS_COMPILE=aarch64-linux-gnu- -j8” gonna work? As for example building kernel for the DB is done with a flag -j4 and not -j8, so I guess running those command straight forward is not gonna suit the DB. Can you tell me what changes should I do?
And as I see it we should rebuild the kernel again in order to add those libraries, right?

we didn’t success to install libraries

We know how to boot the patched kernel
(Dragonboard’s kernel includes xenomai, but we don’t success to install its libraries)
Let us know what we did wrong

As I said, I’d like to help but I dont know what you are doing (you are not providing traces). After compiling Xenomai and installing them to some directory on the build server (or are you compiling it natively?) all you have to do is tar them and untar them in the target rootfs (easier if your rootfs is nfs mounted). then you can just run /user/xenomai/bin/latency

At the step where you execute:
cp arch/arm64/boot/dts/hi6220-hikey.dtb $share/

What should I do on the dragonboard? I don’t have any dtb files created in this path.
Though in arch/arm64/boot/dts/qcom I see msm8916-mtp.dtb and apq8016-sbc.dtb . Should I use one of them instead?

OK I tried to add those 2 dtb files.
Now I’m stuck trying to execute this:

For some reason it doesn’t reconize the compiler, although I made sure it’s there (and of course used it for other steps whick worked well).
Please help, I think we are just about to succeed

I assume you know you are cross-compiling: in some other thread you had decided to compile natively so just making sure.

I think you just need to add your aarch64 compiler to your path:

I also assume that you noticed that the compiler you are using is nearly three years old; not related to the problem you are having at the moment but maybe it would be a good idea to upgrade it to a more recent one.

Yeah I used this cross compiler through all of the process.
I’ve downloaded a 2017 version of it as well at first but there was a step (don’t remember which one exactly) that required a lower version so somehow I ended up with this one (I think there was a recommendation for this one specifically).
I’ll try what you suggested and will let you know.

Thanks a lot for your help.

Unfortunately that didn’t work.
By looking at the config.log we have ecountered a few problems:

Do you have some ideas how can I get through this?

aarch64-linux-gnu-gcc (Linaro GCC 5.1-2015.08) 5.1.1 20150608
Copyright © 2015 Free Software Foundation, Inc.
This is free software; see the source for copying conditions. There is NO
warranty; not even for MERCHANTABILITY or FITNESS FOR A PARTICULAR PURPOSE

And execute this script:

Any problems, please just sent me config.log (no need to explain anything else).

and we tried to add
–host=aarch64-linux-gnu
to the command.

send me the output of

ok so you are building natively (this is getting confusing since DavidIOT is now cross compiling? are you guys working together?)

I am not really sure what you are doing with your system because things do work for me as per the instructions. Where did you get your Xenomai from?

Then attach config.log or any error messages that pop up.

Also do not setup environment variables blindly. why is your target architecture aarch64-unknown-linux-gnu?? it should be arm64.

Hi ldts,
we are working together, trying with the native compiling (on the dragonboard) method.
config.log file done with “exit 0” - it is above 3000 lines and the format is not supported for uploading here. Do you want us to send you it somehow?

We saw it should be written enabled at the end instead of Exact Zero. Maybe this affects somehow?

Also we tried to execute latency check and we get this error:
$ /usr/xenomai/bin/latency
0"000.000| BUG in low_init(): [main] Cobalt core not enabled in kernel

Of course before that we’ve executed:
$ sudo echo “/usr/xenomai/lib” > /etc/ld.so.conf.d/xenomai.conf
and added /usr/xenomai/bin to our $PATH.

Can you please help us?